Here for your review are brief summaries of new cases.

1. Owners Of Rental Properties That Have Swimming Pools May Be Liable for a Child’s Drowning Death Who Was a Guest of Their Tenants.

In the case of Johnson vs. Prasad, the Court of Appeal in a recent decision filed February 25, 2014, determined that an owner who rents out a rental property that contains a swimming pool could be liable for a child’s death by drowning in that pool who was a guest of his tenant In this case, one of the tenant’s family members showed up at a family party with a four year old child. Everyone was using the pool including other children. The pool was constructed in 1976. The owner bought the house in 2000. The property contained a fence around the perimeter of the house that was 6 feet tall. The pool did not have a separate fence surrounding the pool nor did the house have a self closing or a self latching mechanism on the door leading to the back yard.

Somehow the four year old child found his way back into the pool when the adults weren’t looking and drowned. The mother, who was not at the party, sued her own mother (the grandmother of the child) and her owner father (the grandfather of the child) for negligence for failing to supervise the minor child. The plaintiff also sued the owner of the rental property for breach of their duty of care to the child for failing to install a fence around the perimeter of the pool or a self closing or self latching mechanism on the door leading to the back yard pool. The homeowner argued that since the fence around the yard was essentially childproof they cannot be required to add a separate fence around the perimeter of the swimming pool or locks or latches on the kitchen door leading to the pool.

Century 21, the property management company, was sued under the same theories.

The Swimming Pool Safety Act codified in Health and Safety Code Section 115922 was added in 1996. This statute requires (subject to certain exceptions) that a new or remodeled pool or spa at a single family home be equipped with at least one of seven drowning prevention safety features. The statute goes on to define what the seven safety features are. The statute only applies to the construction of a new swimming pool or spa after 1996 or any building permit that is issued for remodeling an existing pool or spa at a private single family home after 1996. This pool had not been remodeled since the law went into effect. Therefore, the statute was not applicable.

The Trial Court granted Summary Judgment motions on behalf of the homeowner and Century 21. The Appellate Court reversed the Trial Court as it related to the homeowner, but not Century 21. The Appellate Court held that there is triable issue of fact of whether the homeowner breached their duty of care and whether the actions were a substantial factor of bringing about the death of the minor child. Therefore, the matter will have to be tried in a jury trial as to whether the homeowner who rents the house is under the obligation to provide a separate fence around the perimeter of the pool and install self closing or self latching mechanisms on all doors leading to the pool. The court held, with respect to the liability of the homeowner, that the homeowner’s Lease Agreement specifically mentioned maintenance of the pool, which assigned that burden to the “landlord” and stated “tenant was to allow access”. Thus the homeowner knew a maintained pool was included with the rental of the house. A reasonable expectation was that people, including children would use the maintained pool. There was also a reasonable expectation that children, especially young children, approach pools regardless of their capacity to swim thus exposing themselves to the danger of drowning.

Century 21 was held not negligent because they had no duty to ensure that the premises met safety code standards prior to renting the premises to the public because the house was exempt from compliance with Heath and safety Code Section 115922 due to the fact that the pool was built before 1996. Therefore, Century 21 had no duty of making sure that there was a perimeter fence or the self/closing or self latching mechanisms on the door.

Comment: Century 21 did not have a lease that required maintaining the pool. Therefore, got out of the case based upon that fact only. If the pool had been built or remodeled after 1996 or Century 21 was a party to the lease they would still be involved in this lawsuit.

Any homeowner who rents a property that contains a swimming pool has got to be made aware of this case. Any real estate agent who acts as a property manager regarding any home that has a swimming pool needs to be aware of this case. This is just another crazy example of how difficult it is to own and/or manage rental properties and sleep well at night. Given an opportunity to award free money to a sympathetic grief stricken mother, juries sometimes will disregard jury instructions and rule based upon their emotions and feelings. I can’t tell you how many times I have interviewed jurors after a verdict has been rendered and they have explained the wacky way they reached their verdict. Sometimes totally disregarding the jury instructions and ruling based upon their feelings about the participants in the litigation including the attorneys. Many jurors I find, particularly in lower economic areas, tend to think that owners of real property, whether it is commercial or residential, are wealthy and can sustain a damage verdict. Another spread the wealth theory as is very prevalent in Washington D.C. Many jurors, despite what they are instructed to disregard, surmise that landowners/property owners are insured. Therefore, they speculate the damage award is really not out of the defendant’s pocket, but out of the insurance company’s pocket. That is why it is important to attempt to get these cases thrown out by Summary Judgment/Partial Adjudication of Issues, Motions to Strike, Demurrers, etc. If you are a homeowner or property manager make sure that the lease does not require the homeowner to maintain the pool. Determine the age of the pool and whether it has been remodeled. If the pool was built or remodeled after 1996 make sure Health and Safety Code 115922 has been complied with! 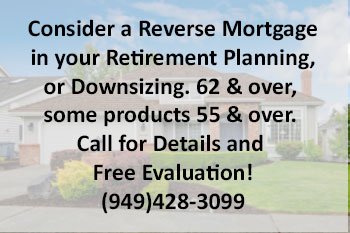